Skip to content
Trending
Why Testosterone Replacement Therapy Performed and What Is Are The Benefits?
Staying In Shape in 3 Simple Steps
What’s Cauda Equine Syndrome?
Home » Understand The Working of Hair Growth Products 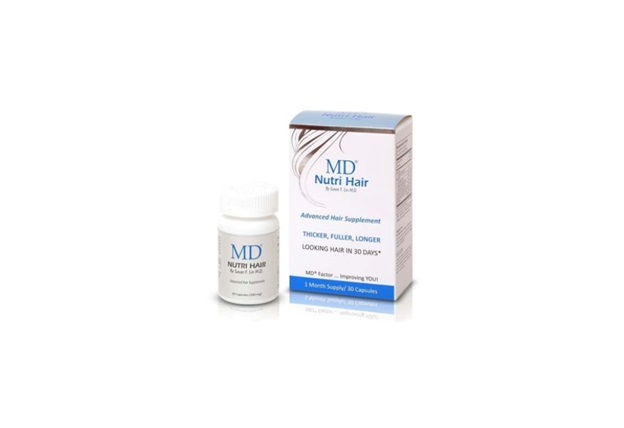 Prior to a few decades ago, reversing hair loss and promoting hair growth required ordering goods from catalogs, such as specialized combs, tonics, and potions. Today, it’s simple to locate a wide range of products designed to enhance your hairline, thicken thinning regions, and promote hair growth.

Despite this, the same query still stands: Do hair growth products genuinely deliver results, or are they merely empty promises?

The industry of hair loss prevention, like most sectors, offers dependable, tested goods that can be relied upon to genuinely prevent hair loss and enhance hair growth.

Unfortunately, there are also plenty of snake oil scams, treatments without enough evidence, and goods that aren’t worth your money.

The good news is that it’s not too difficult to distinguish between hair loss products that are supported by substantial research and those that aren’t by taking a fast but careful look at the scientific data.

The most well-liked hair growth and hair loss prevention products on the market are listed below.

The newest data on each product’s efficacy is included, along with an explanation of how it works to either reduce hair loss, encourage hair regrowth, or do both.

Finally, we’ve covered what you can do to avoid hair loss from growing worse if, like millions of other guys, you’ve only started to notice a receding hairline or other early indicators of hair loss.

Care For Your Hair

The drugs finasteride and minoxidil currently rank above all other hair growth products, at least in terms of effectiveness.

The FDA has given the thumbs up to both of these drugs for the treatment of male pattern baldness, which is the most prevalent kind of hair loss in males.

The two drugs have separate mechanisms of action, but when taken together, they seem to have additive effects. In the sections below, we’ve gone into further depth about what these medications are and how they function.

A prescription drug called finasteride is used to treat androgenetic alopecia, or male pattern baldness. It belongs to a group of drugs known as 5-alpha reductase inhibitors and prevents your body from turning testosterone into the hormone dihydrotestosterone, or DHT.

It’s critical to swiftly review the fundamentals of DHT and the part it plays in genetic hair loss in order to comprehend how finasteride functions.

As a consequence of testosterone, DHT is created. Although it’s crucial in your formative years, DHT can shrink your hair follicles as you become older, making it difficult for them to effectively produce new hair.

Your hairline may start to recede over time as DHT affects your hair follicles, which can lead to more severe hair thinning in the future.

The consequences of DHT, specifically how it might harm your hair follicles, are covered in greater detail in our guide to DHT and male hair loss.

Finasteride helps you maintain your existing hair and stops hair loss by preventing testosterone from turning into DHT. After using finasteride for a few months, some men also experience an increase in hair growth, however this isn’t always the case.

After being used for several years to treat benign prostatic hyperplasia, finasteride was first made available as a treatment for hair loss in the 1990s (BPH). The original brand name for finasteride was Propecia®, which you may have seen marketed.

Finasteride works incredibly well, unlike the majority of hair loss prevention products. When used consistently, it reduces DHT levels by about 70%, which is sufficient for the majority of men to either stop or delay the onset of male pattern baldness.

The outcomes of actual studies support this. For instance, two clinical studies with more than 1,550 men each and published in the Journal of the American Academy of Dermatology revealed that finasteride significantly increased hair count and general hair growth over the course of two years.

According to another study, after using finasteride for a full year, more than 80% of males with male pattern baldness showed evidence of improvement.

Finasteride is a prescription drug that may have negative effects. However, they are rare and can frequently be reduced or fully prevented by using topical finasteride.

Finasteride should be one of your go-to products if you’re starting to notice the initial signs of hair loss and wish to keep your hair density or grow thicker hair. Not only is it inexpensive and simple to consume, but the effects can also last for a long time.

Minoxidil is a topical hair loss therapy that functions by putting your hair follicles in an active growth phase and increasing blood flow to your scalp. You can apply it topically to the parts of your scalp where your hair is thinning by using the solution or foam form that is available.

Minoxidil is a hair growth supplement that works by encouraging hair growth in your scalp, as opposed to finasteride, which treats male pattern baldness by stopping your body from converting testosterone to DHT.

As a result, it might also be an effective treatment for hair loss conditions other than male pattern baldness, like telogen effluvium.

Minoxidil can be compared to a metaphorical fertilizer for your hair, whereas finasteride acts as a kind of defense against DHT’s negative effects.

According to research, minoxidil works well on its own. After using it for 12 months, 59 percent of men with pattern hair loss report benefits.

However, when used in conjunction with finasteride, it is especially effective. For instance, the same study discovered that 94.1 percent of males who took both drugs for a full year experienced improvements.

Minoxidil is another hair loss product that should be on the top of your list of treatment possibilities because of its effects, which have been clinically verified.

Numerous hair growth treatments are available, ranging from FDA-approved pharmaceuticals to amino acid supplements, hair masks, and scalp serums, all of which claim that their main ingredient is the key to thicker hair.

Other hair products aren’t at all supported by any data, unlike prescriptions like finasteride and minoxidil, which have genuine, solid proof that they perform.

This entails utilizing finasteride and minoxidil, both of which are included in our selection of hair loss treatments for men.

The best outcomes for treating male or female pattern baldness come from adhering to tried-and-true methods that have been shown to work.