Skip to content
Trending
Why Testosterone Replacement Therapy Performed and What Is Are The Benefits?
Staying In Shape in 3 Simple Steps
What’s Cauda Equine Syndrome?
Home » How Cervical, Liver, and Stomach Cancer Affect Older Hispanics? 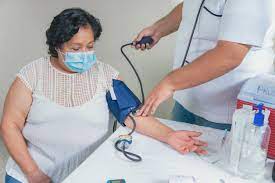 Some infections can cause cancer.

I remember very well that when I began my medical oncology training at the National Cancer Institute in Lima in 1980, it was almost sacrilegious to think that cancer could be caused by infection. How much has happened in these 34 years? It is now known that certain types of cancer, such as cancer of the cervix, liver, and stomach, could be caused by an infectious agent.

Most concerning is that infection-related cancers are more common in Hispanic people over 50 living in the United States. In this regard, a recent study has been observed by the Institute for Health Promotion Research, University of Texas Health Science Center in San Antonio, Texas, found that Hispanics living in South Texas have the highest incidence rates of liver cancer in the entire United States. Joined.

In the last 20 years, it has been discovered that certain chronic infections can cause DNA mutations and therefore cause cancer in susceptible people. Infection-related cancers include the following:

Cervical cancer: This disease is almost twice as common in Hispanic women compared to women of other ethnic and racial groups in the USA. For reasons still unknown, human papillomaviruses (HPV) are more likely to cause genetic changes in the cells of the cervix of Hispanic women and lead to cancer. These changes can be found early either with the cytology test or the HPV virus test.

These are the recommendations of the American Cancer Society for the early detection of cervical cancer as below:

Liver cancer it is estimated that 3.2 million Americans have chronic hepatitis C (a condition that can lead to liver cancer. In the absence of a vaccine, it is recommended that the following people ask their doctor to investigate if they have the disease:

If it is found that the person suffers from chronic hepatitis C, there are modern and effective treatments against this disease.

In relation to hepatitis B, there is a vaccine that should be applied to all newborns but can be used at any age; You can consult with your GP.

Researchers at the University of Texas at San Antonio still don’t know why Hispanics in South Texas suffer so frequently from liver cancer. Still, they are considering the incidence of hepatitis, diabetes, obesity, genetic predisposition and even possible environmental pollution in the border area.